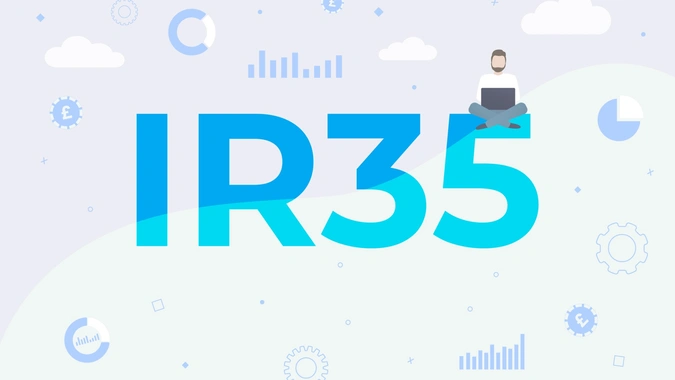 It doesn’t exactly trip off the tongue, and, in fact, many freelancers have never even heard of the tax term IR35. But if you happen to be self-employed and working as a contractor, then HMRC IR35 could very well apply to you.

So, it makes sense to take five minutes or so to find out what it means and why it could be relevant.

Short for Intermediaries Legislation, IR35 is tax legislation that ensures that contractors who are knowingly or not working as ‘disguised employees’ pay the correct tax.

You may have applied for contract jobs in the past where the company said they wanted to pay you under an ‘umbrella company,’ i.e., an agency. This is because it is more tax-efficient for them to do so. You become what is termed a ‘disguised employee’, and the company doesn’t have to pay your National Insurance contributions, nor do they have to offer sick pay or holiday leave. That’s because the agency pays it.

Equally, when you’re a contractor working as a limited company, you can pay corporation tax at 20 percent on your profits, claim business costs against your tax bill and avoid making National Insurance Contributions (NIC) by paying yourself through dividends.

Gordon Brown introduced IR35 back in 2000 when he was Chancellor of the Exchequer. That’s because when working as it should, HMRC IR35 tax can protect both the contractor and company. Crucially for the government, it also means HMRC won’t lose out on tax. This year though, changes to the rule have come into place.

What are the HMRC IR35 changes?

From April 6 last year, medium and large-scale private sector employers were obliged to work out whether or not their employees came under HMRC IR35 and, if they did, check that they were paying the right amount of tax.

The good news for small businesses is that they aren’t affected by the changes. (For clarification, HMRC defines a small business as one with less than 50 employees and an annual turnover of £10.2m or less.)

For larger businesses that the new rules do affect, though, it can be challenging to determine whether a contractor should or shouldn’t have an IR35 tax status (i.e., if the employee is ‘inside’ or ‘outside’ of IR35). As a result, it makes sense to seek the advice of a tax specialist to make sure that, as a larger company, you are compliant with the new legislation.

Meanwhile, what makes the changes particularly confusing is that the IR35 tax applies to limited companies with a sole or majority director or shareholder who is deemed in charge of the company’s services.

If you work via an agency (the ‘umbrella company’ we mentioned earlier, such as a recruitment firm), then they should pay tax on your behalf via PAYE.

For sole traders, i.e., freelancers who aren’t working as a limited company, there’s no need to worry, as IR35 tax doesn’t apply to you.

Staying on the right side of HMRC IR35

Contractors will be expected to have taken steps to understand their tax status concerning HMRC IR35. After all, ignorance is no excuse if the taxman comes knocking.

So, it may be a good time to check that your accounts are currently in order by contacting an accountant and tax specialist, such as ourselves at Ayoks Consulting today.